How can I clear all Makers Empire data on a Windows machine?

If you uninstall Makers Empire 3D, the version of the application that was originally installed will be removed. If the application version was automatically updated since the original installation, some application files may remain on the file system. These can be cleared by deleting the following folder:

When Makers Empire 3D runs, it stores user data in the following location:

If you copy and paste the above line into the Windows file explorer you should see log files and user data folders. These can all safely be deleted. Note again that it is possible to configure Windows to put the AppData folder on a different drive, but usually it is on C:.

Note: care should be taken when following the below instructions as incorrect actions can easily break your whole windows installation!

The Makers Empire 3D installer sets up some variables in the Windows registry at the following locations:

You can delete this information by pressing the Windows key then typing regedit and hitting enter: 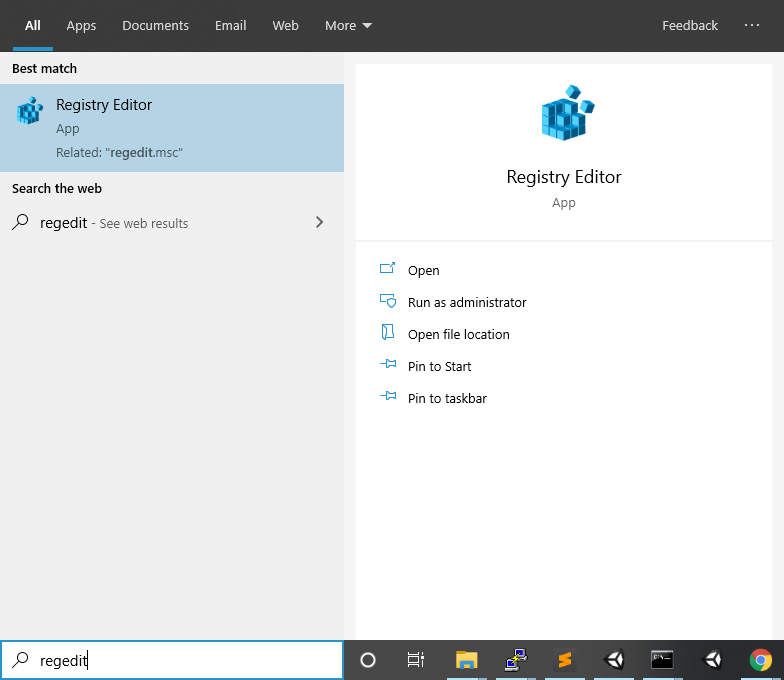 Then you can navigate to the appropriate location and delete the Makers Empire related folders by pressing the Delete key on the keyboard: 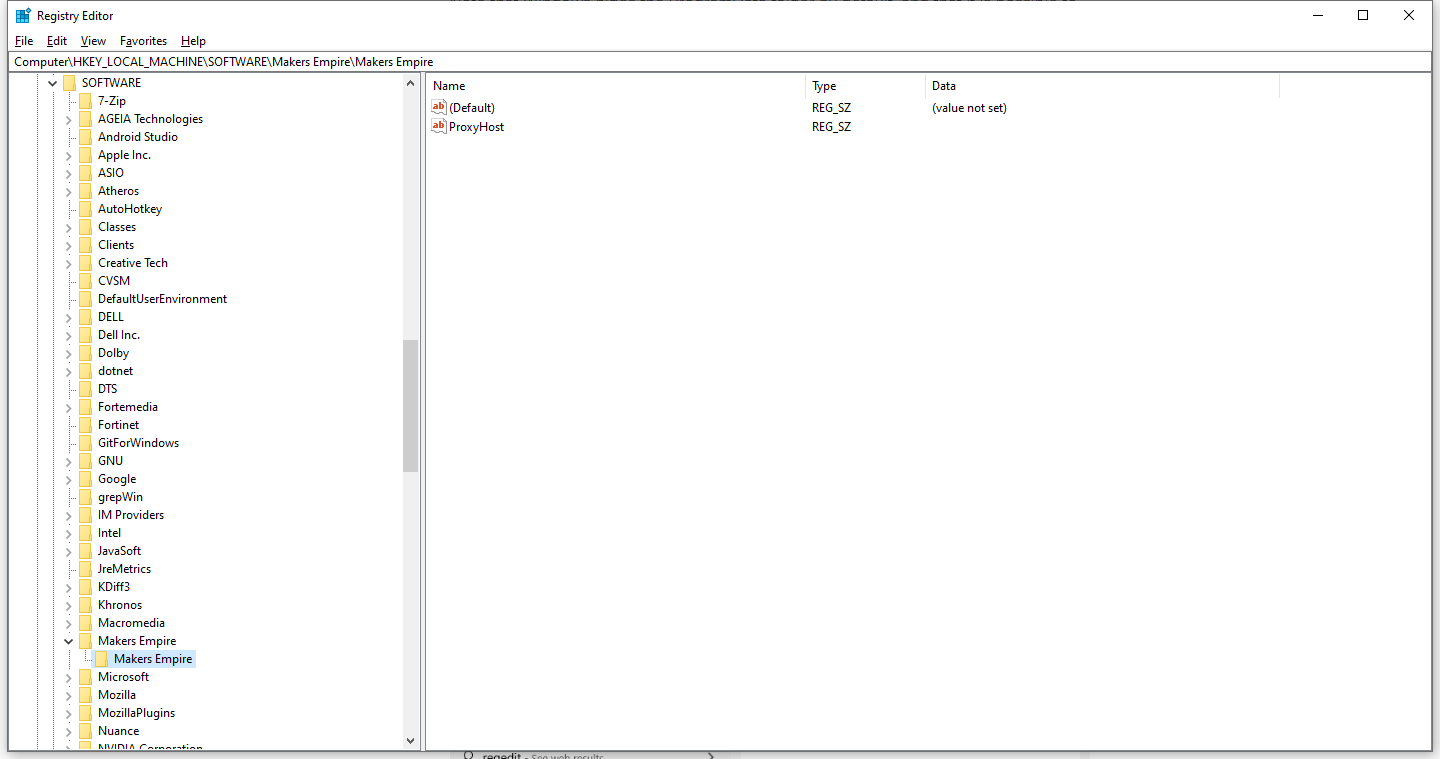