How do I remove Hotend Assembly?

How to remove your entire Hotend Assembly

Please read each step in full, and refer to the images and animations that accompany them underneath.

Then you can remove the air baffle from the underside of the extruder. Using the larger of the two included hexagonal keys, undo the two bolts holding it up, and it will fall away from the extruder. 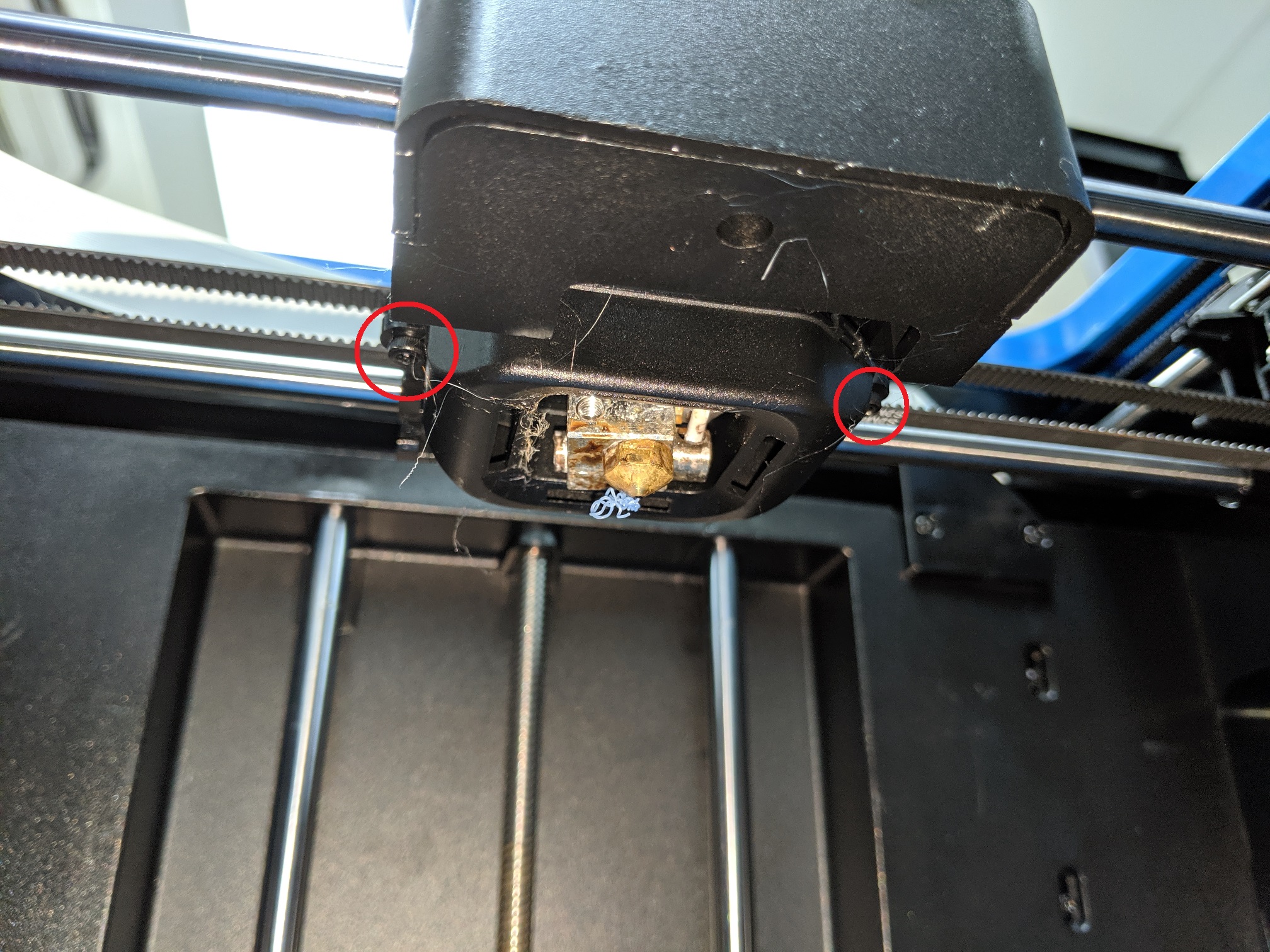 Next, using the larger of the included hexagonal keys, undo the three bolts on top of the extruder. TIP: Leave the bolts in, rather than taking them. Then they are harder to lose. NOTE: There may be a small amount of foam adhesive joining the flat, white ribbon cable to the extruder. You may remove this during the process.

After removing the top cover, you first need to unplug the motor plug. Unhook the wire from under the metal plate, and wiggle the plug off the motor.

After removing the top cover of the extruder, you need to undo the two bolts that hold the motor in place. TIP: Leave the bolts in place, and just loosen them. If you take them out, it can be difficult to put the back in. 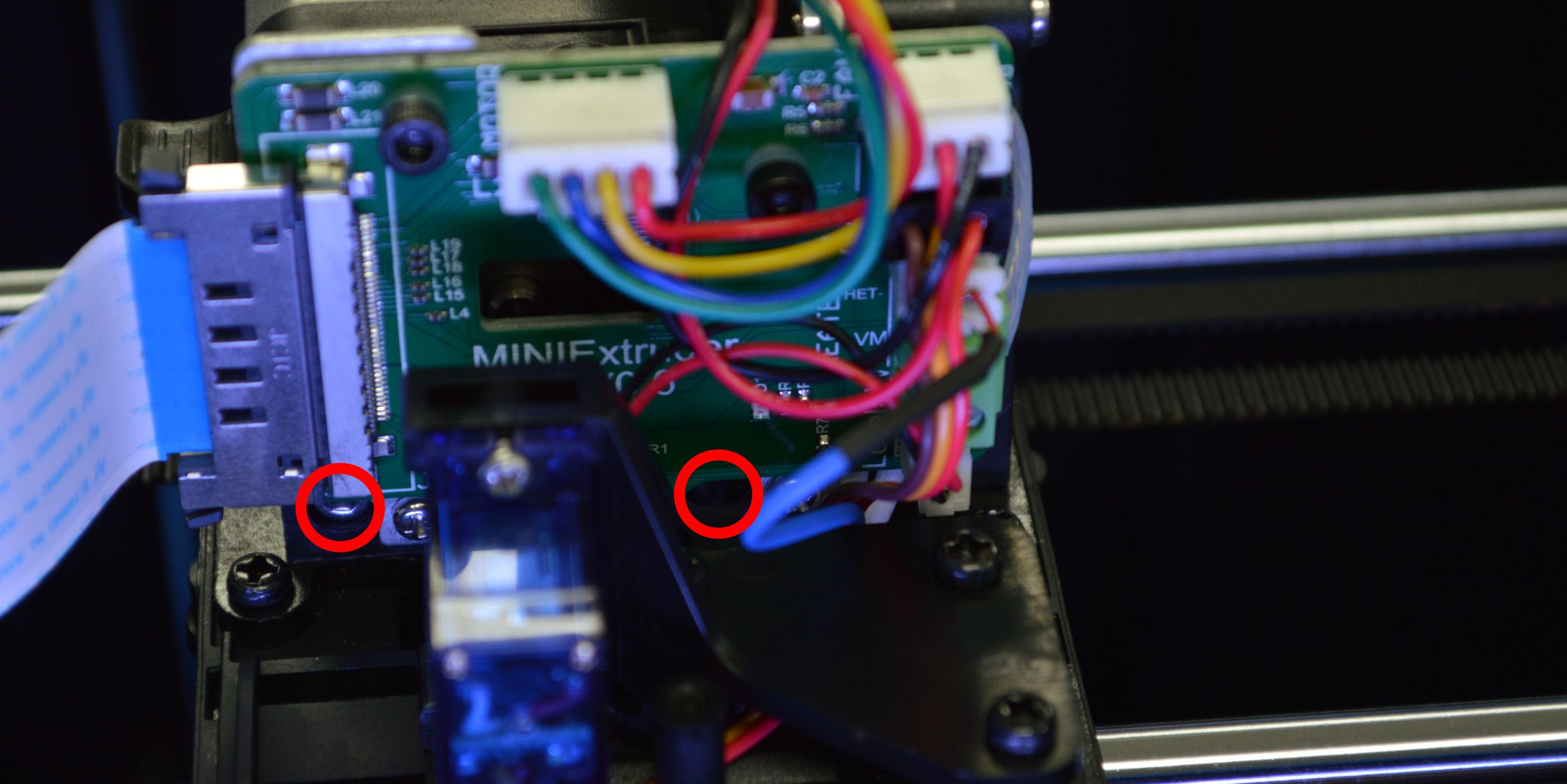 Next, slide the motor slightly backwards and lift it up. Note: If there is a large length of filament stuck in the extruder, it may be very stiff to remove. 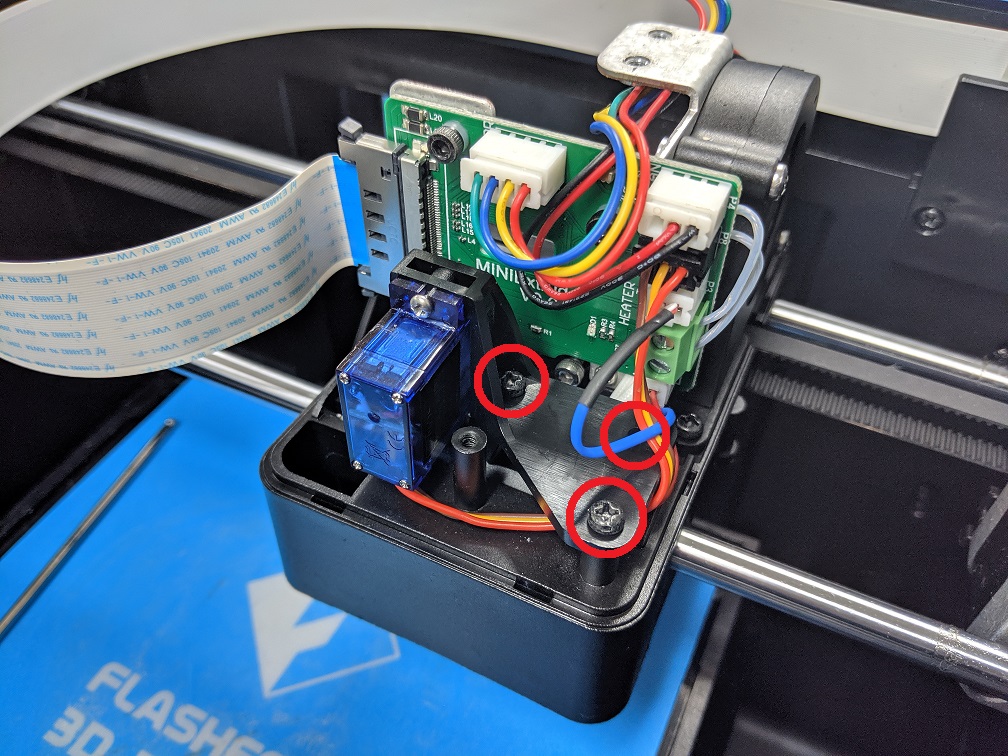 Once the levelling assembly is out of the way, you can undo the wiring for the hotend. This consists of two wires, screwed into the green terminal, and a blue coloured wire plugged into a connector. 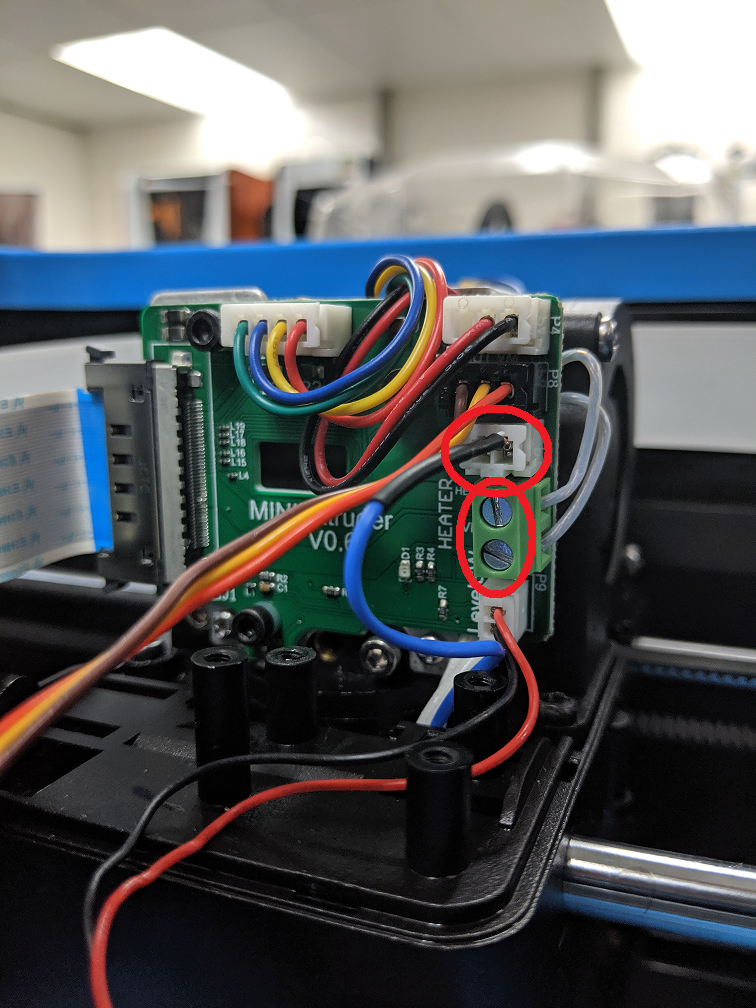 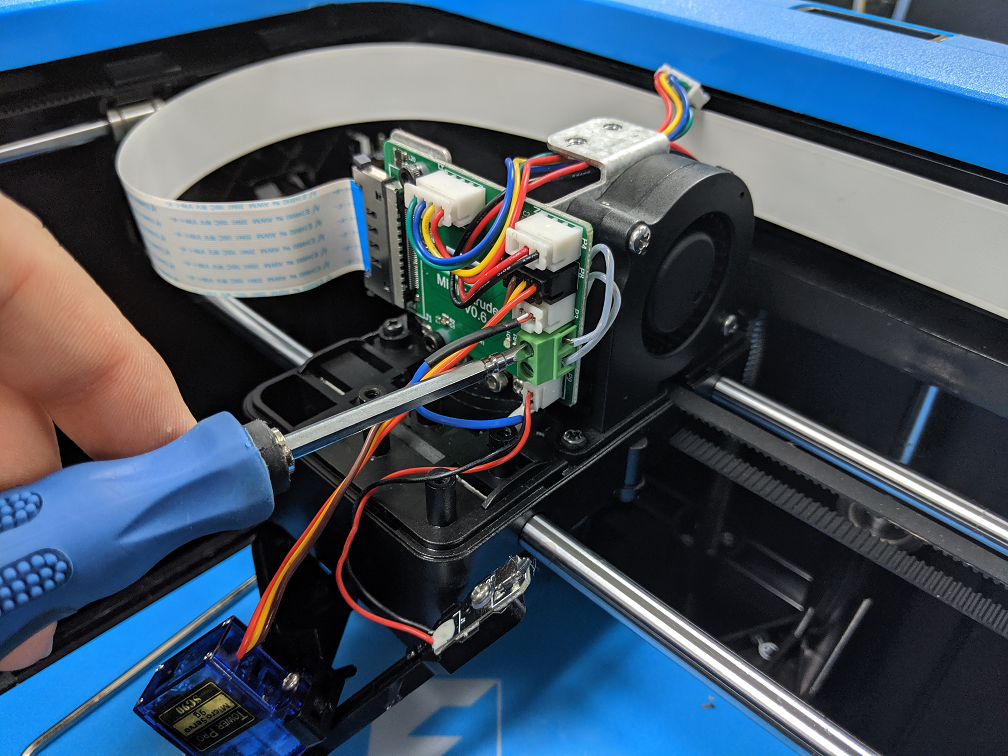 Once the wires are disconnected, you can undo the single grub screw that holds the hotend in place, using the smaller of the hexagonal keys. NOTE: Only loosen this by 1 turn. 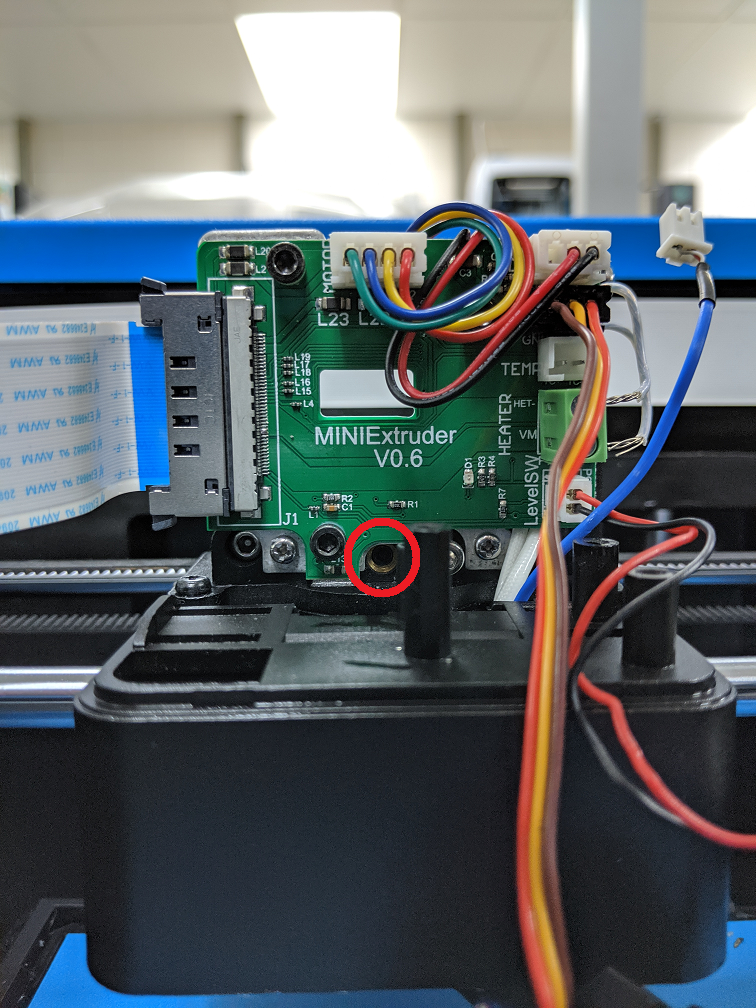 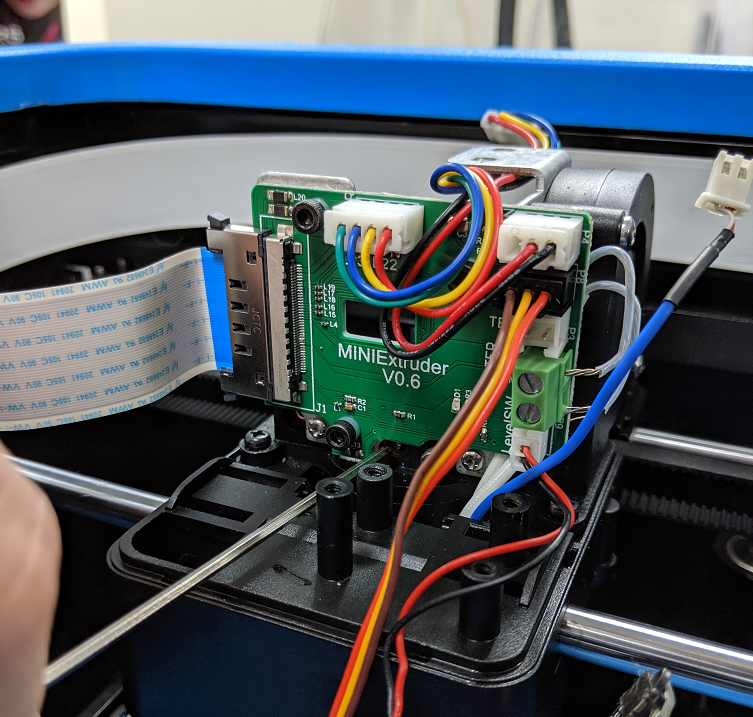 Now that the screw is loose, you can remove the hotend assembly. This involves gently pulling it downward, making sure to guide the wires through the opening in the extruder.

Please package the hotend assembly in a secure box, and we will send you a label to attach tot he box. We'll then co-ordinate a pickup time with you.